Prophesy 2020: By Eddie And Sandi Donnally 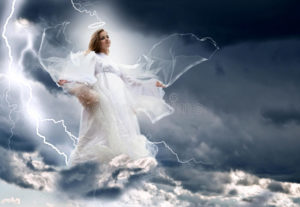 Prophesy for 2020 by Eddie and Sandi Donnally

The Lord gave my wife Sandi and I this prophesy for this year, and it is already happening.

We believe this will be a year of worldwide major volcano eruptions, fires and earthquakes that will take place in unusual places. We will also see the apostasy of the Christian church in America accelerating.

(II Tim 3:13) But evil men and imposters will grow worse and worse, deceiving and being deceived.

As our nation becomes more secularized and polarized and the Christian faith attacked here and around the world, we also believe Christ is empowering his faithful remnant with supernatural powers we have not seen since Christ’s apostles walked the earth. And indeed, the “latter rain” is already falling and worldwide revival is already taking place.

In our church in mid-December I saw a vision of an angel far above the planet. With his left hand he was throwing balls of fire to the earth and with his right hand throwing globes of light.

At the same time, my wife Sandi to whom God has given a powerful gift of discernment noted an unusual happening in the Catholic Church. I am not Catholic but I do not believe the Catholic faith is any better or worse than other branches of the Christian faith, but in this instance Sandi noted the Catholic Church like others is giving place to Satan.

( Rev. 18: 3) “After these things I saw a mighty angel coming down from heaven, having great authority, and the earth was illuminated with his glory. And he cried mightily with a loud voice saying, ‘Babylon the great is fallen, is fallen and has become a dwelling place of demons . . .’”

While the verse speaks of the incarceration of demons in prisons as a result of God’s final judgments, no doubt foul spirits frequented Babylon prior to her destruction and are doing so now.

An Example: On Nov. 6, 2019, a reconstruction of the statue of Moloch, a pagan idol who demanded child sacrifice, was stationed at the entrance of Rome’s Coliseum as part of a secular historical exhibition. Moloch (Molach in Acts 7:43) had a body of bronze with the body of a bull in whose belly was built a fire. Infants and young children were placed in his poker hot arms. Catholic’s believe many Christians were martyred in the Coliseum when they were forced to fight other Christians to death or battle hungry lions.

Moloch is best known as a Canaanites Phoenicians God worshiped at one time by Solomon. The god predates Abraham and was a God in Mesopotamia which contained the area that was the site of the original Babylon. In essence the statue of Moloch in Rome not only mocked the Christian martyrs but was a homecoming. Moloch’s Statue was erected nine days before the Amazon Synod and the subsequent scandal over the veneration of pagan statues at the Vatican. The ceremony in the Vatican Gardens that honored Pachamama was held in the presence of Pope Francis and top-ranking prelates. Worshipers planted a tree in honor of her and bowed before the five small statues representing the goddess revered by the indigenous people of the Andes. She is also known as the earth/time mother. In Inca mythology, Pachamama is a fertility goddess who presides over planting and harvesting, embodies the mountains, and causes earthquakes. Some say children were sacrificed to her. Austrian Catholic Alexander Tschugguel, who called the five statues “pagan idols,” and threw them in the nearby Tiber River. They were recovered and one is still in a Catholic church near the Vatican. The tree planted in the idol’s honor is still there.

While the Bible clearly indicates God’s Judgment of Nations will be in the future, God has always given his people warning and is doing so in this church age. He is warning those who profess his Son as Savior, but give place to the devil. Within two weeks of the apostasy in Rome, Italian city Venice had its worse flood in a half century, severely damaging the city’s famous St. Mark’s Cathedral.

(1 Tim. 4:1) The Spirit expressly says that in later times, some will fall away from the faith, giving heed to deceiving spirits and doctrines of demons.

As we see the increasing polarization of our culture, science and politics, we also see Christ’s church polarized between blatant secularism and a call for increasing holiness. Christ is determined to present his bride blameless. I believe the balls of light the angel threw are the Christ light that will produce an age of supernatural miracles.

(John 14:12-14) Very truly I tell you, whoever believes in me will do the works I have been doing, and they will do even greater things than these, because I am going to the Father. 13And I will do whatever you ask in my name, so that the Father may be glorified in the Son. 14You may ask me for anything in my name, and I will do it.”

Christ is issuing a warning to those in His church who deliberately become more apostate and embrace stances blatantly contradicting God’s Word while telling us we have Christ’s power and authority over this earth..

(Hebrews 10 26-27) For if we sin willfully after we have received the knowledge of the truth, there no longer remains a sacrifice for sins,  but a certain fearful expectation of judgment, and fiery indignation which will devour the adversaries.

While the verse does not mean sin will negate our salvation if Christ is our Savior, for nothing can separate us from the love of God, (Roman 8:38) it does mean apostasy or totally rejecting and denying Christ as divine savior after Salvation, will.

And God will destroy the earth surface by fire; (Peter 11 3:30) The day of the Lord will come as a thief in the night, in which the heavens will pass away with a great noise, and the elements will melt with fervent heat; both the earth and the works that are in it will be burned up.

We believe the fiery indignation is the Lord warning Christians to remain faithful when it seems to be increasing difficult in this, the day of the antichrist rising.

(John 2:22) Who is a liar but he who denies that Jesus is the Christ? He is antichrist who denies the Father and the Son.

We believe Christ is calling us to, (1 Peter 1:15) “be ye holy even as I am holy” and “(Romans 12:1) present our bodies a living sacrifice to our Savior. If we do, Christ’s power will astound even those to whom he has given his power and authority.

How to Find Healing From Sexual Abuse
January 10, 2020

Daily Racing Form
December 20, 2019
Why the Spirit Of Babylon is Rising So Fast in America
October 22, 2018
RECENT POSTS
RECENT COMMENTS
Go to Top
%d bloggers like this: