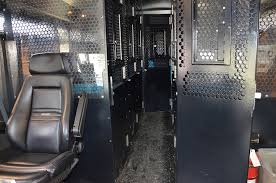 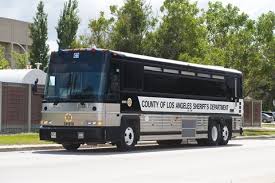 It was dawn when the silver and black bus rolled out of the Los Angeles County Jail parking lot and made its way down the 110 Freeway to a courthouse in nearby San Pedro. The chained and shackled inmates used the opportunity to fill their eyes with scenes more interesting than a jail cell and to chat with the person on the other side of their handcuffs.

At 5’ 3” and fifty-two, I was an unlikely inmate. I was the only former jockey, Eclipse Award winning journalist and successful TV production studio owner aboard this bus. Yet, I belonged. After deciding to stop my psychotropic medication, drinking heavily and undergoing a manic state that had kept me awake for nearly fifty hours, I had hit my girlfriend. Both the state of California and I thought the act inexcusable. It was the sixth day of my incarceration and I was recovering from cold-turkey detox and Strep throat. To pass the time, I struck up a conversation with the young man who shared my chains and we talked about the events that had put us there.

My childhood had been as black as the bus. My most vivid memory was of sitting on the steps in our little country house in Southwest Virginia listening to my mother scream as she waited for a visiting nurse to come and give her another shot of morphine for the pain from stomach cancer. I was five when she finally died. Her mother who raised me died suddenly six years later. When my father remarried I lived with him where a relative sexually abused me for more than two years.

I graduated from high school at only sixteen and two months later was on a train bound for Lexington Kentucky where I had found a job at a thoroughbred breeding farm. Within three years I was a successful jockey, living in a downtown Baltimore high rise. In my first year of racing, I made more money than my father had made in a dozen years working as a railroad conductor. The rage that boiled inside my heart because of the sexual abuse fit well on a thoroughbred racing in a pack at 40 mph. Nineteen years, thirteen broken bones and about 1,200 victories later, I retired as a jockey.

During my riding career I nurtured my love of writing and had been published in virtually every major newspaper east of the Mississippi including the New York Times and their Sunday Magazine. Retirement led to writing one column a week for the Dallas Morning News. When I resigned eight years later, I left with an Eclipse Award for Newspaper writing. I was nothing if not an over-achiever. Next, I convinced a self-made millionaire to invest in a small television production company and signed a personal services contract that allowed me to own 20% of the company. Here, my rage manifested itself as ambition and I became a workaholic, writing a documentary that won a second Eclipse Award for Television Production.

Casualties of my success were a marriage of fourteen years and my sanity. A friend found me unconscious after a suicide attempt after which I was diagnosed as bipolar and made the first of my two stays on psychiatric wards. Thoughts of my wife with another man brought back the long suppressed thoughts of my sexual abuse. For reasons even two years of weekly sessions with a psychiatrist never fully revealed, I became determined to live the life of a bisexual. Because of a strong religious background it was a life I couldn’t accept, yet it was one I couldn’t leave.

No amount of success mattered, I was miserable. Excited to the point of ecstasy over heading up a success][ful company one minute, I would walk into my office and burst into tears the next.

I soon found myself in a second mental hospital and the woman I married ten days after my divorce – who looked much like and had the same first name as my first wife – divorced me after six years. Having few alternatives, my partners bought me out and I lived in ritzy Laguna Beach for two years, largely wasting my life. Broke again, I moved to Huston and the opening a new Thoroughbred track, wrote for the Austin American Statesman and produced my own racing TV show. Determined to be heterosexual, I began living with a exotic dancer and like her became addicted to crack cocaine. Within seven months I returned to California dead broke and got a job grooming horses and living on a track backstretch.

Less than a year later I met a woman who owned a marketing company and moved in with her. I was living on the low down, shackled to a never ending cycle of elf hate becoming self destructive behaviors and those behaviors generating more self hate.. That same self hate told me seven years of Lithium and three years of Paxil was enough. After a long bout with mania, my rage turned toward my girlfriend and I landed in Los Angeles County Jail.

At the San Pedro Court we were kept in several large holding cells, barren except for a cement seating shelf lining three walls. An older inmate related how he was a teaching elder in his church and was only in jail because he had been fishing with his son and a check of his fishing license by a game warden revealed a twelve-year-old warrant. As soon as he saw a judge he could be released.

Prisoners were escorted to the courtrooms for appearances and one man, in his early thirties, returned to sit on the floor. He began crying. My bus friend talked with the man who said he had just received twenty-five years to life for a third strike petty theft. He would not be allowed conjugal visits from his young wife and he would not see his two young children grow up. My friend began praying with him. The church elder began to preach and my bus friend stood up and started taking about God. Then I did the same. One of our other cellmates, a hefty man, told us how God had kept him alive when a rival drug dealer put a gun in his face and pulled the trigger only to have it misfire.

I pulled the New Testament from my back pocket and handed it to him. He opened it and read from the first chapter of James beginning with “Count it all joy…” As I listened, I saw the cell fill up with a blue metallic haze. I looked around and everywhere prisoners were on their knees, using the shelf as an altar or prostate on the barren floor. All were praying or crying.

I cried as well, first in sorrow for what my life had become, then in shame for all the things I had done and the people I had hurt. Then realizing I had been forgiven, I cried for joy. What felt like a beam of light flowed through me as if I had stuck my finger in a light socket. I was filled with light. Every one in that room, about a dozen, stood, held hands and prayed that Christ would change our lives.

I often wonder if that moment on December 16, 1996 had a similar effect on the rest of my cellmates. A new creation indeed, I have been in full time Christian ministry since that day. I traded my San Pedro apartment overlooking the bay to move into a single room at the Los Angeles Dream Center, a former fourteen-hundred room hospital near downtown Los Angeles which had been turned into an outpost of hope.

God not only halted the cycle of self hate but reversed it to self love. I will spend the rest of my life realizing that Jesus came in the form of man but was still God and God loved me enough to die for me. If God loves me that much and lives inside me, how can I not love myself?

Sober, celibate and focused, I led a midnight Hollywood outreach to transsexual prostitutes and homeless youth. While taking Bible courses to become a minister, I met Sandi. Seven months later we were married in the Dream Center’s chapel. In 2001, less than five years after leaving jail, I was licensed as a Foursquare minister and have since been ordained and endorsed as a chaplain. I earned a Certificate in Fundraising from UCLA (17 courses), and until 2009 was the Development Director of the Race Track Chaplaincy of America, which sanctions and oversees chaplain who serve at horse tracks.

Though I served as Assisting Pastor at two LA area churches, I felt my ministry was outside church walls. I started doing disaster response and in my 60s went back to school and earned a Doctorate in Ministry. We moved 2600 miles to Clearwater Florida where I did a year of hospital residency, earned four units of Clinical Pastoral Education and am today a professional hospice and hospital chaplain. My bio, Ride the White Horse: A Checkered Jockey’s Story of Rage and Redemption has opened many doors to speak, and these days Jesus has given me a passion to share my story of healing inside prisons.